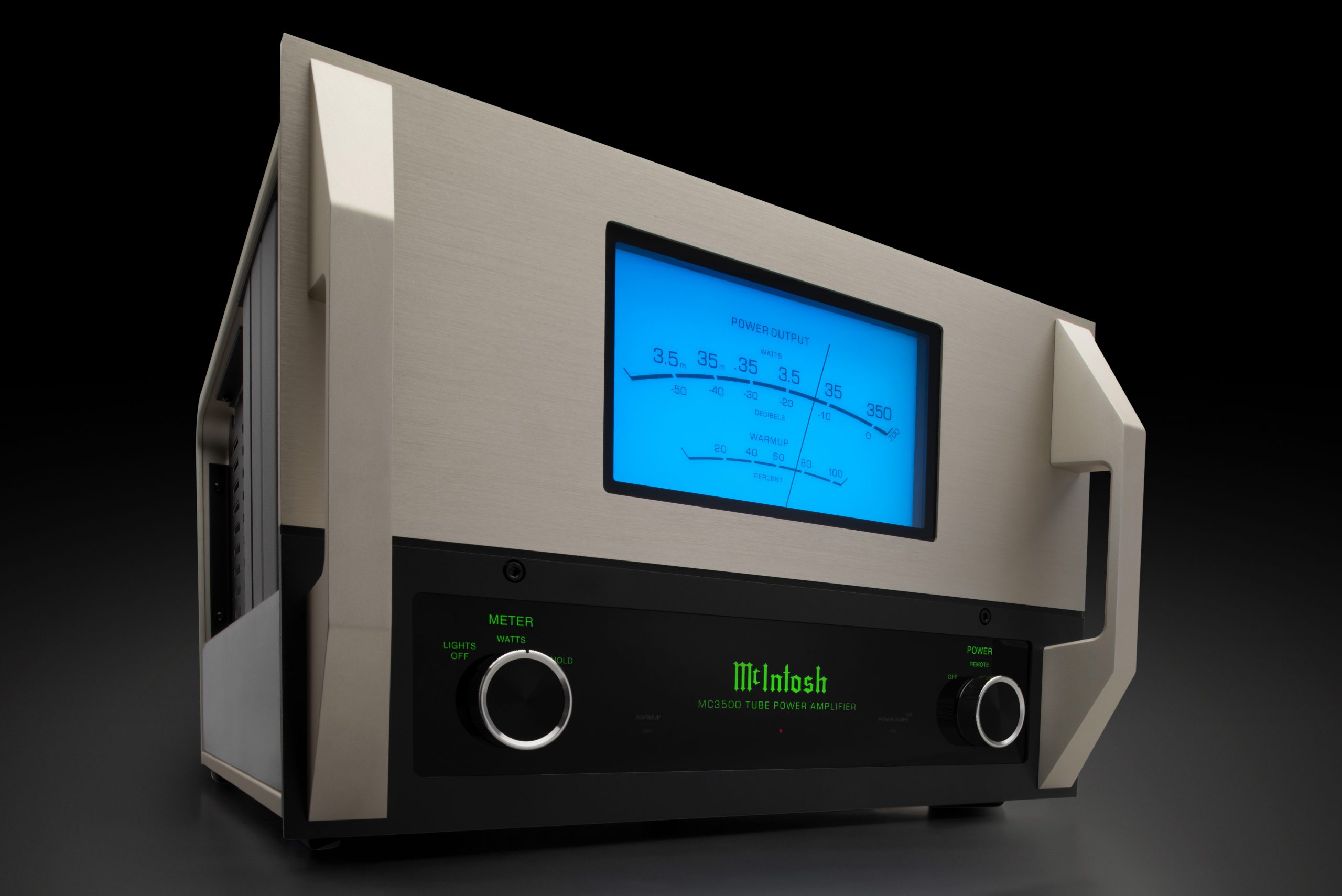 McIntosh’s updated version of the MC3500 MKII brings back a well known range to their offerings. Based on the original MC3500, well know for its use to power speakers at Woodstock, McIntosh have continued with the legacy of the amplifier to bring a rich and full sound to any speaker. Using McIntosh’s patented Unity Coupled Circuit output transformers the amplifier can output all of it’s 350 Watts to any speaker of any impedance. With what McIntosh describe as a “conservative power rating”, the MC3500 MKII is perfect to get the best out of any loudspeaker, big or small.

The idea to reintroduced a well esteemed model such as the MC3500 came at the 50th Anniversary party in 2019 for the original amplifier, when McIntosh’s President, Charlie Randall, realised the importance and legacy of the great amplifier and chose to redevelop it with modern technology. The balancing act of  adhering to the original design as much as possible, as well as creating the best sounding amplifier they could within that provided challenges for the design team as they wanted to preserve the legacy of the original model. By upgrading components that meat the highest modern standards, the amplifier has been able to preserve the heritage of the MC3500.

McIntosh used an Aluminium housing which has been bead blasted and anodised in gold to emulate the finish of the original unit’s overall design and aesthetics. Additionally, the U Shaped side rails and bumpers on the rear panel further mimic the original unit. The bumpers stem back to when the original unit was used during tours and live shows and needed to be rested on it’s back in certain situations. To pay homage to the MC3500, McIntosh have chosen to include these features on the MKII. The MC3500 MKII is powered by 8 EL509S Tubes, which where chosen due to their close qualities and characteristics to the 6LQ6 Tubes used in the original MC3500. McIntosh have developed the updated version with the original unit in mind at every step of the process. Like the 6LQ6, the EL509S is very rugged thanks to its robust cathode and associated heating element which produces a high peak plate current capability in excess of 1 Amp.

The MC3500 MKII is described as “a new benchmark for McIntosh…with effortless power” by Audio Excellence Canada. They love the “warmth and clarity” of the amplifier, whilst still keeping the essence of “neutrality”. To watch their full review click here.