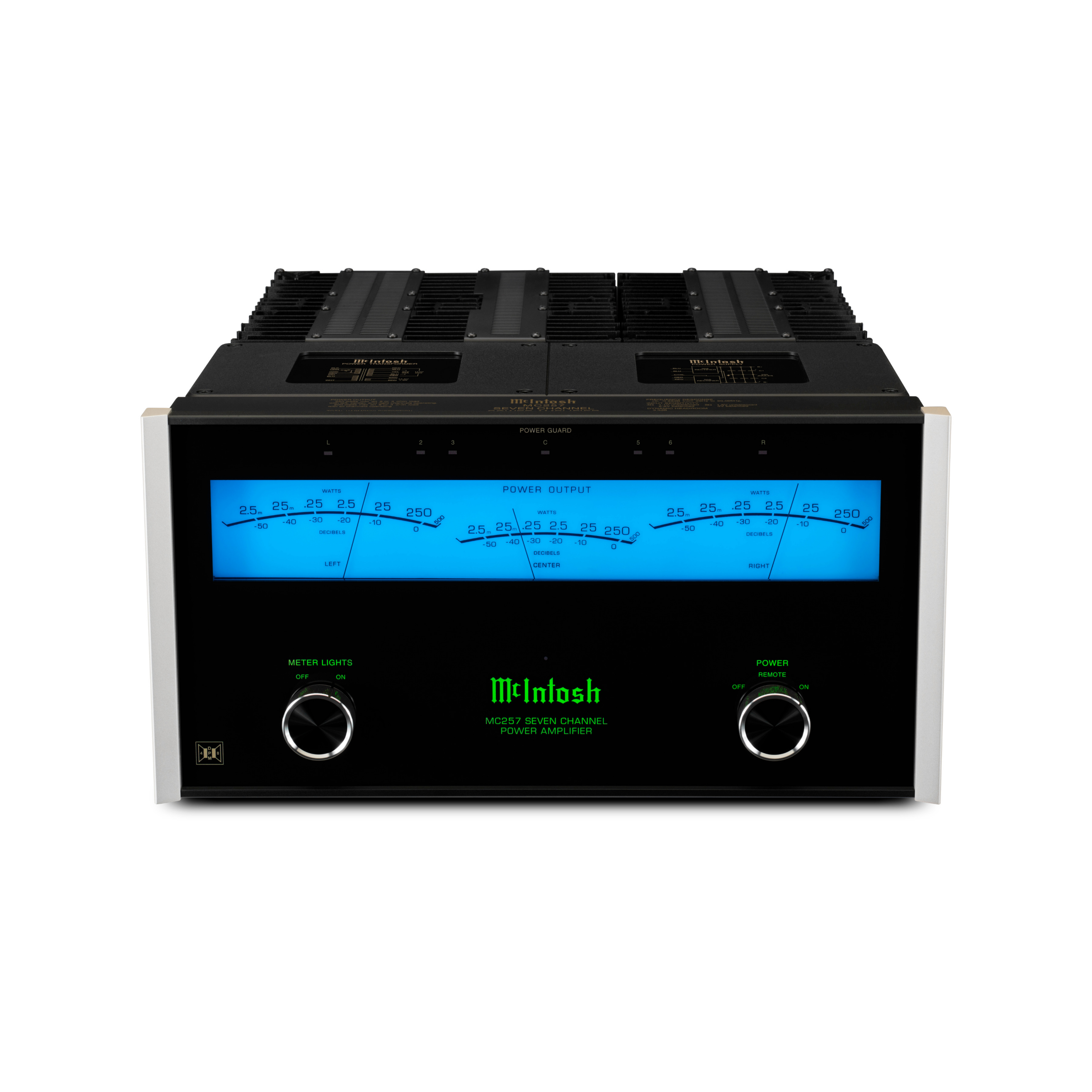 Bring home theater dreams to life with the new McIntosh MC257 7-Channel Power Amplifier. Experience the latest blockbusters and favorite movies at home like never before with the sound quality and power only McIntosh can deliver.

In addition to the new TripleView meter, the MC257 features many other upgrades. When using just the front left, center and right channels, power output has been increased by 25% from 200 Watts per channel to 250 Watts per channel. When using all 7 channels, each will receive a healthy 200 Watts per channel. Regardless of how many channels are used, the full 200 or 250 Watts is delivered to either 4 or 8 Ohm speakers via McIntosh’s Dynamic Power Manager® (DPM) technology. Filter capacity has been increased by 20% which has produced an amazing 94% increase in dynamic headroom from 1.7dB to 3.3dB as well as improving low frequency performance – both key features in a home theater amplifier, especially when listening to an energetic soundtrack.