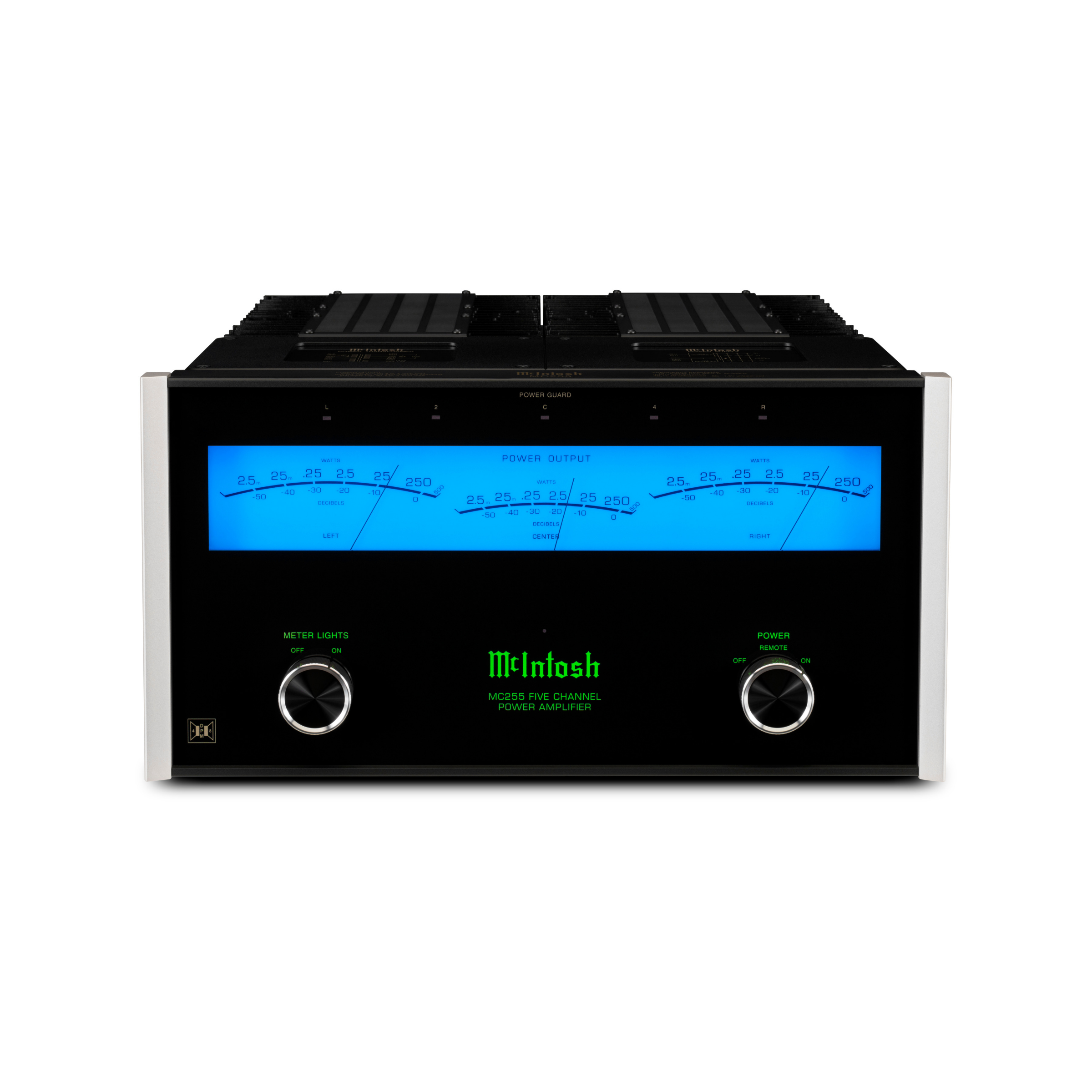 The MC255 features McIntosh’s striking new TripleView™ Power Output Meter that independently indicates the real time power reading of the amplifier’s three front channels. Instead of three separate meter windows each housing a single meter as found on McIntosh previous 5-channel amplifier, the easy-to-read, 15″ (38 cm) wide TripleView features three of McIntosh’s traditional mechanical meters in a single meter enclosure. While a totally new design, each of the three peak responding pointers in the TripleView meter have the same enticing motion that McIntosh meters are known for and function at the same high level as any of their meters. The enchanting look and welcoming glow of the TripleView meter is sure to draw interest from friends and family, but its trademarked blue lighting can be turned off so as not to compete with the TV or movie screen.

Besides the new TripleView meter, the MC255 has received many other performance upgrades to deliver an unforgettable cinema experience. Filter capacity has been increased by 50% which has more than doubled dynamic headroom from 1.7dB to 3.6dB – a key feature in a home theater amplifier – as well as improving the performance of low frequencies. When using just the front left, center and right channels, power output has been increased by 25% from 200 Watts per channel (WPC) to 250 WPC. When using all 5 channels, each will receive a healthy 200 WPC. Regardless of how many channels are used, the full 200 or 250 Watts is delivered to either 4 or 8 Ohm speakers via McIntosh’s Dynamic Power Manager® (DPM) technology.